Community Risk Reduction in “The Land of Stories” 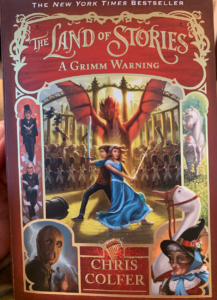 Recently, I was reading a book with my son entitled, “The Land of Stories, A Grimm Warning” by Chris Colfer and became mesmerized. My son was soon irritated with me because I went back and read the same four pages (49-52), multiple times. When he objected, I told him, “The Fairy Godmother was teaching her granddaughter Community Risk Reduction.” He became very excited when I told him my next CRR article would be about his book.

In the book, the Fairy Godmother is tutoring her granddaughter to become the new Fairy Godmother. Her granddaughter was frustrated because it was so hard to know who she should be helping by granting wishes. She had been using a magical unicorn, but that was very difficult and temperamental because he was just guessing who needed help.

She went to go see her Grandma who then led her down a hallway to some large doors. When she opened the doors she said, “This is the Hall of Dreams.” “Bright orbs of all sizes floated around them. It was like the whole galaxy had been squeezed into the room in front of them. ‘What are they?’ ‘They’re dreams. No matter how big or small the dream, a record of every wish or want can be found in this room.’ ‘There are thousands, no millions of them!'” The Fairy Godmother was about to show her, how she knew, who needed wishes granted.

Let’s think of the “Hall of Dreams” as our Community and the Orbs as all of the needs/risks of our community. The data we collect from programs like Virtual CRR, organizes the data into “Orbs” for us. Here’s one of the important parts of the story. At this time the Fairy Godmother turns to her granddaughter and says, “As you can see, even with all the fairies in the world, it would be impossible to make every dream come true.” 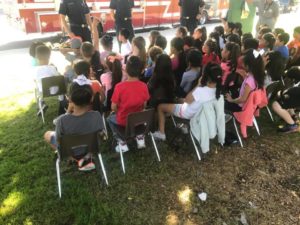 A Medium Size Orb, “floats to her and inside is a small child wearing a paper crown. ‘You’ll find a lot of these in here. We tend to pay special attention to the ones more like this.'” This Orb represents all of the children in our community with hopes and dreams. Soaking in all the information they can. Many of our CRR efforts should be directed at teaching youth.

A Large Orb then floats up, “Inside is a sad little boy who watched over his younger sister, who sat in a wooden wheelchair. ‘It’s one of the larger dreams – and it’s easier to hold because it’s selfless.'” These types of CRR Orbs are the organizations and individuals who have a vested interest in helping certain people or reducing certain risks in our community. They come with passion and often resources. Many times these organizations are self sufficient and we benefit by simply referring them to the needs in our community. A little bit of effort, goes a long way with these Large CRR Orbs.

A different Large Orb then floats by but it evades her grip every time she reaches for it. “‘Why can’t I grab that one?’ Afraid it was something to do with her. ‘Because whoever that dream belongs to doesn’t want your help, and from the looks of it, they don’t even want you to know what their dream is.'” Some in our community want no help. They will do everything within their power to evade us or to just not pay attention at all.

To this, the young apprentice says to her grandmother, “That’s silly. Why wouldn’t they want me to see it?” To which the she replies, “To know someone’s deepest desires is to risk knowing them more than they want to be known. I’ve had to learn that lesson the hard way many times.”

“It must be so frustrating to see all of these dreams and know you can’t make them all come true.” Very wisely the Fairy Godmother replied, “When I was younger, perhaps, but we should do what we can, and not torture ourselves over the things we can’t. It’s unfair and unrealistic to expect yourself to solve every problem in the world. Never forget that no matter how many dreams you find in here, there would be many more if it weren’t for people like us. Every wish granted by the magic from a fairy’s wand inspires a dozen more that will be achieved by the magic within the people themselves.”

“The Fairy God Mother gestured at an orb floating in front of them that slowly faded away until it disappeared. ‘What happened to it?’ ‘The dream came true,’ Grandma said. ‘And it had nothing to do with us. After years and years of being inspired by other dreamers, that person made their own dream come true and probably inspired countless others to do the same. We wouldn’t want to live in a world where no one believed in themselves enough to make their own dreams come true.'” This should be one of our main goals in Community Risk Reduction. Helping others, so they can help themselves, and then help others as well.

“A Small Orb landed in the Fairy Godmothers hand but it instantly faded away. ‘Who’s was that?’ the granddaughter said. ‘Mine,’ Grandma said. ‘Every lesson that you learn is a dream come true for me.'” The granddaughter, “smiled. Despite how frustrating her day had been, her grandmother made her feel like she was accomplishing her own dreams. She knew that somewhere in this room an orb that belonged to her had just disappeared.” Though this is a Small CRR Orb, it is very important. It is the relationship we have with others within our organizations. When they begin to see the importance of CRR in our organizations and see the impact it has.

CRR “Happily Ever After”

“Once her granddaughter left, the Fairy Godmother closed her eyes and tiny tears formed behind her lids. She had never thought it would be possible to be as proud of someone as she was of her granddaughter. She knew that one day she would be an even better Fairy Godmother than she was.” Are we teaching and mentoring the personnel in our departments to take our places when we leave? And more importantly, to be even better than we were? 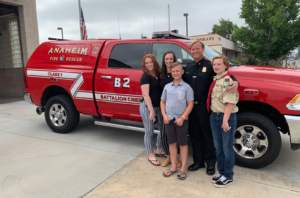 Brent Faulkner MAM, FO is the CEO of Virtual CRR Inc.. He has 22 years of experience in the fire service. During this time, he has responded to numerous emergency situations including structure fires, wildland fires, hazardous materials responses, emergency medical situations, and numerous types of rescues. In addition, he has served on a Type 1 Hazardous Materials Response Team for 16 years.

Brent had a defining moment in his career which, as a result, lead him to create Virtual CRR and his passion for Community Risk Reduction. He led a team in critical infrastructure protection at a recognized Department of Homeland Security (DHS) Terrorism Fusion Center. This team was responsible for increasing the safety of critical infrastructure as it relates to terrorism, general security, and natural disasters. He has a master’s degree in management, a bachelor’s degree in occupational studies, an associate’s degree in hazardous materials response, and another in fire science.