You better believe it is part of Community Risk Reduction! The more our departments and communities are prepared, the faster they will be able to get back to normal. What does getting back to normal look like? Businesses open, schools in session, government open and focusing on the needs of the community, people back to work, less anxiety, fewer injuries and death, to name a few.

Some community risks, we will never be able to completely mitigate. If our community lies in an active earthquake zone, we can’t stop an earthquake from occurring. The more prepared we can help our community to be, the more likely we will have a successful outcome and less disruption to our community when that earthquake does come.

A Knock at My Door

Shortly after we moved in, I received a knock on my door. The gentleman introduced himself as my neighbor three houses down and the “Block Captain.” He welcomed me and explained that the City of Orem has an Emergency Preparedness program. He gave me a packet containing safety information related to potential natural disasters for the area and documents outlining the City of Orem’s Emergency Preparedness program. Part of the program includes Red, Yellow, and Green door signs for each resident identifying their status after an emergency. 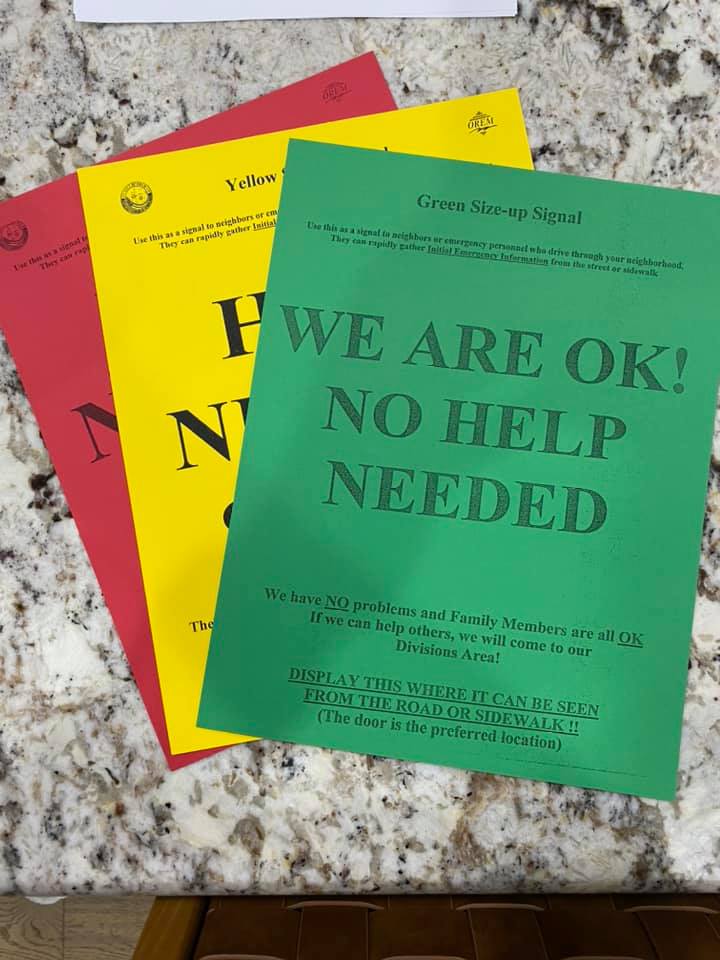 I was in shock and I hope my new neighbor didn’t think I was too weird for the beaming smile I had on my face. He had no idea what I did for a living or the business I own. Not wanting to spoil the moment, I let him explain everything to me and do his job as if I had no background or experience in emergencies. Instantly I knew I had to find out more about this program. 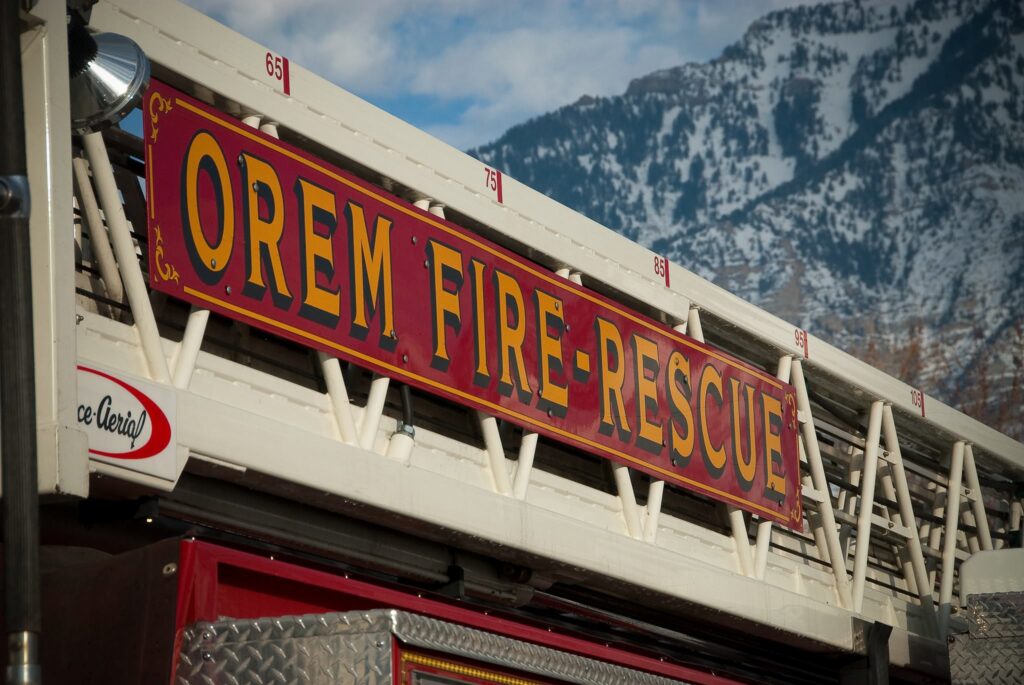 I immediately went to the City of Orem website to see who was in-charge of this program. I quickly found the contact info for the city’s Emergency Manager, Heath Stevenson. Heath’s position falls under the Fire Department, but he has direct access to all other city departments and management. I let him know who I was and what I did and the experience I just had with the knock at my door. I instantly wanted to get this info out to all of you once he let me know how the program works. Heath is more than willing to receive any questions regarding the program and you can find a ton of information  regarding their program at drill.orem.org.

I was amazed at the organizational structure the City of Orem created for this program to be successful. It starts with each home and provides them with the information they need to be as self sufficient as possible.   6 – 10 homes are assigned to a “Block Captain.” In an emergency, they check on those homes and pass along any information to the “Neighborhood” level. The “Neighborhood” collects the info from multiple “Block Captains” and pushes that info up to the “Area.” There are 22 different areas within the city and each of those pushes the info they have collected from the “Neighborhoods” directly to the City EOC. Each level, “Block Captain to “Area” has checklists to help them perform their job. 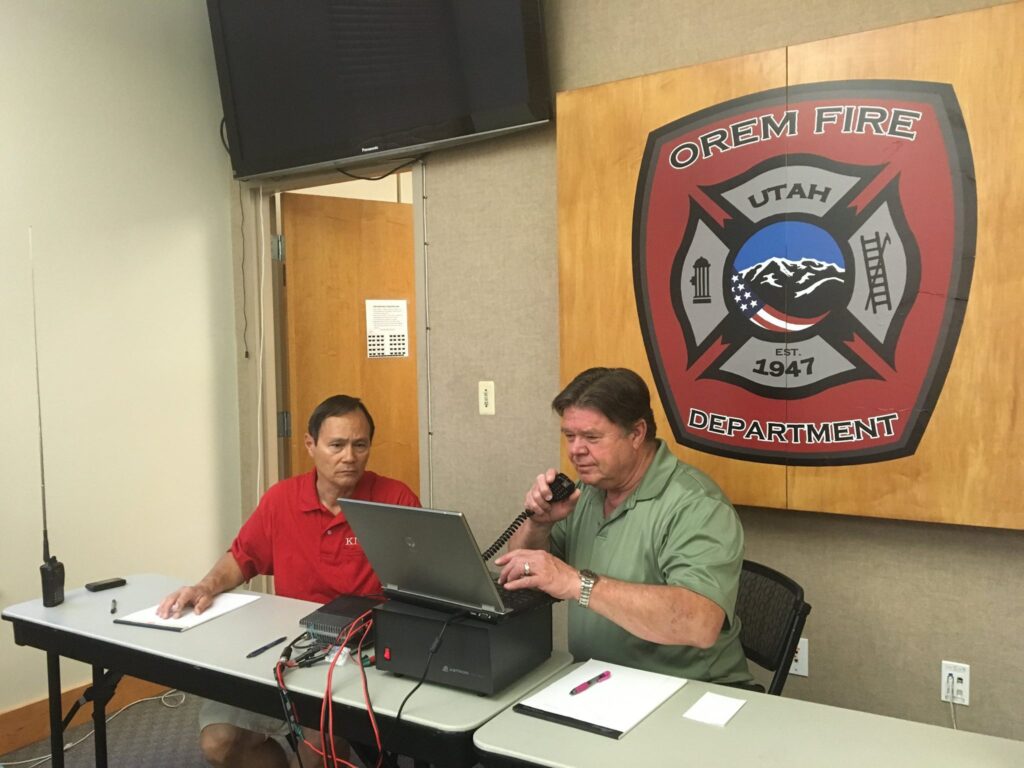 When I asked how all of this information was relayed from level to level, I was very impressed with the detail and redundancy. The information is relayed through website, land line, cell phone, HAM Radio, and finally can be hand delivered with pen and paper. In fact, he relayed to me that during one of their drills (more on that to come) the information was delivered to the EOC by a man on horseback.

The city hosts 5 HAM Radio classes a year. This helps them obtain the needed HAM Radio operators for this program to be successful. They also hold monthly training for all “Block Captains” and the other leaders at each level between March and August. They ask that everyone attend at least one of those training sessions. In August they have a big meeting where all are asked to attend in preparation for “The Drill.” 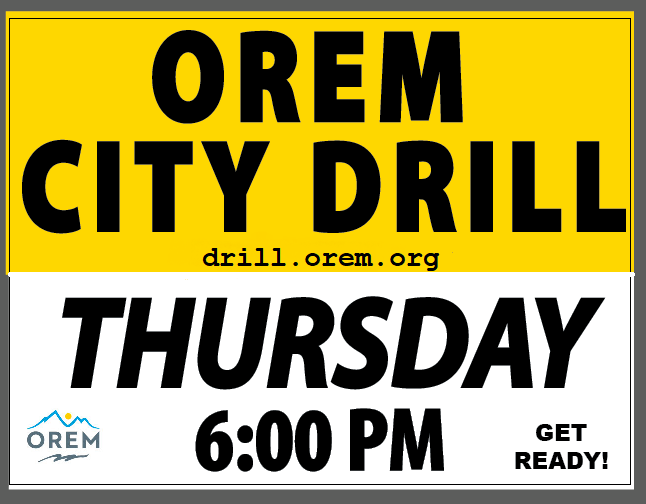 I was very impressed with this plan and then he started explaining “The Drill.” Every year they test their plan by having a city wide drill. The City of Orem has a population of just under 100,000 people. Not necessarily a small city. “The Drill” begins at 6pm by broadcasting that there was a local emergency and the City Emergency Plan is being implemented. They also outline to each level, Block Captain to Area, what lines of communication are not working to test their redundancies. The Block Captains start the process by checking on each of their homes and relaying up to the Neighborhood, then the Area, and finally to the EOC. The drill concludes at 8:30 and by that time they typically have information on 60% – 65% of the residences in the City. Imagine directly touching 65% of the homes in your city in a 2 ½ hr time period. Incredible!!!

At the conclusion of the drill, an After Action Report is created with Strengths, Weaknesses, and Lessons Learned. These can all be covered in the training sessions during the coming year. These After Action Reports can be seen at the drill.orem.org website.

Why is This Successful in Orem?

Just as Risks to Communities are local, so are many of the plans. The City of Orem has an extremely high percentage of its community who are members of The Church of Jesus Christ of Latter Day Saints (LDS), aka Mormon. According to Wikipedia, 97% of church going citizens in Orem are LDS. Why does this matter? One of the tenets of this church is self reliance and serving others. Emergency Preparedness is something that is regularly taught in their meetings and even has an organized structure within each congregation. If you haven’t seen their resources, you will be interested to see them here.

The City of Orem knew Emergency Preparedness was a strength and an interest in their community. Orem used this to their advantage by incorporating these organized structures and already established boundaries throughout the city into the City-wide drill. This is a great example for each of us to look at our community to see what strengths and interests can be harnessed to move our Community Risk Reduction efforts forward. I want to thank the City of Orem and the Orem Fire Department for sharing their information. I’m also excited to be one of their newest community members! 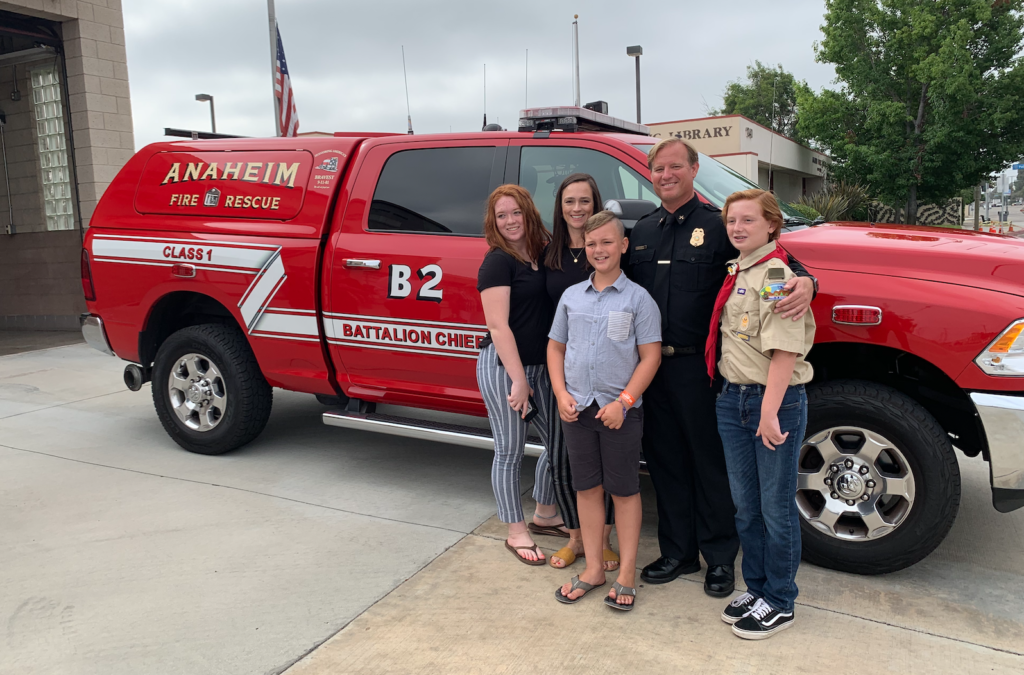 Brent Faulkner MAM, FO is the CEO and Founder of Virtual CRR Inc. He has 24 years  in the fire service and is currently a Battalion Chief for a Municipal Fire Department in Southern California. During this time, he has responded to numerous emergency situations including structure fires, wildland fires, hazardous materials responses, emergency medical situations, and numerous types of rescues. In addition, he has served on a Type 1 Hazardous Materials Response Team for 17 years.

Brent had a defining moment in his career which lead him to create the Virtual CRR program and his passion for Community Risk Reduction. He led a team in Critical Infrastructure Protection (CIP) at a recognized Department of Homeland Security (DHS) Terrorism Fusion Center. This team was responsible for increasing the safety of critical infrastructure as it relates to terrorism, general security, and natural disasters. He has a Master’s Degree in Management (MAM), a Bachelor’s Degree in Occupational Studies (BA), an Associate’s Degree (AS) in Hazardous Materials Response, and another in Fire Science.